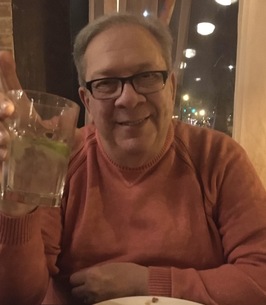 Webster, formerly of Apple Valley, MN and Chicago, IL, peacefully passed away at the age of 77 on March 20, 2021 at home with his loving family surrounding him. John was born on November 19, 1943 in Chicago, IL to Benjamin & Lena (Forte) Serio. John grew up an only child, but was always surrounded by many precious cousins who were his lifelong siblings. John graduated from Lewis College in Romeoville, IL in 1965. He married the one true love of his life, Bonnie Czarnecki Serio on December 18, 1965. They raised three children, Gina (Stephen) Buccelli of Eden Prairie, MN, John Serio of San Diego, CA and Wendy (Ricky) Bello of Webster, NY, who were his lifelong sources of pride and joy. His big heart also burst with love for his ten grandchildren: Abbey, Ben, Julia, Maddie, Gracie, Anna, Emma, Joe, Max & Katie. His personality was as enormous as his smile. Family, food, fishing, classical music, correcting people’s grammar, & spoiling Bonnie were John’s passions in life. John was a true salesman, entrepreneur & mentor to many. John always toasted to “the best people in the world....us.”

A Memorial Mass for John will be held on Wednesday, March 24th at 10am at St. Paul’s Roman Catholic Church, 783 Hard Road, Webster, NY 14580. Service will also be live-streamed at https://youtu.be/vvke7Kjnnf4 Burial will be in the summer of 2021 in MN. Date TBA. In lieu of flowers, donations can be made in John’s name to: Misericordia (Misericordia.com - include ref# 6001), or Smile Train, or St. Jude Children’s Research Hospital.